Plagiarism has been around since the beginning of spoken and written literature, and it’s probably not going away any time soon. These plagiarism statistics and facts can give some insight into the history of plagiarism and ways to avoid it.

1. The World’s First Plagiarism Issue Was in 80 AD

The idea of plagiarism started when the Roman poet Martial first called someone a Fidentinus–a kidnapper–with regard to others reciting his poems as their own.

2. Plagiarism Was Common in the Middle Ages

Plagiarism was so common in the Middle Ages that their word for it—compilatio—changed to the neutral word compile in later centuries.

Leonardo Da Vinci’s famous drawing of the “Vitruvian Man” from 1490 may be a copy of an illustration by a Renaissance architect named Giacomo Andrea de Ferrara.

George North’s unpublished 1576 manuscript, A Brief Discourse of Rebellion, is the possible source for over 20 monologues and phrases from various Shakespeare plays.

5. The English Word “Plagiarism” is Related to Kidnapping

The roots of the English word ‘plagiarism’ come from the Latin plagiarius—a person who seduces, plunders, or kidnaps children or slaves from another.

6. The Word Plagiarism First Entered the English Language in 1601

Great Britain was the first nation to create copyright laws with the Copyright Act of 1710, also known as the Statute of Anne.

8. Copyright Infringement and Plagiarism Are Similar but Different

Copyright infringement always has legal ramifications, whereas plagiarism only sometimes does.

9. Plagiarism Entered the English Dictionary in 1755

The word ‘plagiarism’ didn’t make it to the English dictionary until 1755, when Samuel Johnson defined plagiarism as “a thief in literature.”

10. Benjamin Franklin Was a Plagiarist

Starting in 1732, Benjamin Franklin used ideas from Jonathan Swift’s Bickerstaff Papers and entire passages from Gargantua and Pantagruel in his American Almanack.

11. The Idea of Footnotes Developed to Combat Plagiarism

Some historians credit 19th-century historian Leopold von Ranke with creating the concept of footnotes, but the footnote’s history may be more complicated than that.

The first term paper mills date back to the “paper reservoirs” and “fraternity files,” which allowed college students to share old term papers and other works with fellow frat members.

13. Joe Biden May Have Been President in the 1980s If Not for Plagiarism

Some people feel that Joe Biden’s use of phrases from Neil Kinnock in the 1987 democratic primary without credit cost him the election.

14. The Internet Created a Boom of Plagiarism in the Mid-1990s

When the internet became prevalent on school campuses in the mid-1990s, it became easier for students to copy and paste works directly.

15. The Internet Has Made It Easier for Faculty to Uncover Plagiarism

Not only can teachers and professors type suspicious phrases into the internet, some faculty use plagiarism checkers to search entire papers for plagiarism.

16. The Internet Is Full of Plagiarism

According to some estimates, at least 29% of the internet contains duplicate content.

17. J.K. Rowling Was Accused of Plagiarism

In 2009, the estate of Adrian Jacobs accused J.K. Rowling of copying “substantial parts” of the 1987 novel The Adventures of Willy the Wizard in Harry Potter and the Goblet of Fire

In 2014, CNN fired news editor Marie-Louise Gumichian after discovering that she had plagiarized over 50 articles.

Romania’s minister of innovation and digitalization resigned his position in 2021 after journalists discovered he’d plagiarized his resume and an academic paper.

The lines “players gonna play” and “haters gonna hate” from Taylor Swift’s 2000 song “Shake It Off” also appear in the 3LW song “Playas Gon’ Play.” The case may go to trial again in 2022.

Cooks have passed the recipes of others off as their own throughout history. However, judges continue to rule that recipes in cookbooks and from bloggers aren’t copyrightable.

23. Plagiarism is Considered Cheating in Academia

Universities have long considered plagiarism of student work to be a form of cheating.

24. Not All Students Are Clear About the Definition of Plagiarism

While most students know that buying a paper from an essay mill is plagiarism, not all students have a clear idea of what plagiarism is and isn’t plagiarism, seeing it as grey rather than black and white.

The negative connotation of plagiarism isn’t universal. Like those in South Korea, China, and Japan, some collectivist cultures feel that knowledge belongs to everyone and that copying is a form of flattery.

26. Direct Plagiarism is the Most Obvious Type of Plagiarism

When most people think of plagiarism cheaters, they think of direct plagiarism, which involves copying material from a written source word-for-word without citation.

27. Direct Plagiarism is Perceived as the Worst Kind of Plagiarism

Donald McCabe’s study on plagiarism found that university students and faculty perceive direct plagiarism as the most severe form of plagiarism.

In McCabe’s study, 59% of faculty admitted to direct plagiarism compared to 7% of undergraduates and 4% of graduates.

McCabe found that 58% of high schoolers admit to plagiarizing in public and private high schools.

30. There Are Several Types of Plagiarism

There are several types of plagiarism. Plagiarism can involve:

31. Paraphrasing Can Be Plagiarism

Paraphrasing plagiarism happens when a writer paraphrases an idea from another writer without citations, so be sure to learn the difference between paraphrasing and plagiarism.

McCabe found that 36% of undergraduates and 24% of graduate students admit to paraphrasing or copying at least a few sentences from internet sources without footnoting.

McCabe found that 38% of undergraduates and 25% of graduate students admit to paraphrasing or copying at least a few sentences from non-internet sources without footnoting.

35. Patchwork Plagiarism is a Common Mistake

In patchwork plagiarism, a writer patches together several pieces of information from various works without citing from every source.

36. Copying Yourself Can Be Plagiarism

Copying other works you’ve written is called self-plagiarism. It can be a form of academic dishonesty and academic cheating. It can also be a copyright issue when freelancers write for separate clients.

37. Inaccurate Authorship Is a Type of Plagiarism

38. Having Someone Else Write Your Paper is Plagiarism

McCabe’s studies uncovered that 7% of undergraduates and 3% of graduates admit to having someone else write their entire paper to help them get good grades.

40. Source-Based Plagiarism Is Easy to Do

Source-based plagiarism happens when you use several sources but don’t credit all of them. If you accidentally credit a reference for the wrong information, it can also occur.

41. Falsifying Bibliographies Can be Plagiarism

Not giving credit where it’s due or making up sources can be a form of plagiarism. McCabe’s study showed that 14% of undergraduates and 7% of graduates have falsified bibliographies.

46% of high school students plagiarized in the COVID-19 virtual school environment compared to 33% before. Documents with 1000+ words had more plagiarism prevalence.

43. Some Universities are Adopting Anti-Plagiarism Software

To fight against plagiarism, many universities are developing or adopting anti-plagiarism software to combat academic dishonesty.

There are several ways to accidentally plagiarize, such as not citing your sources, unintentional paraphrasing, unintentional quoting, rephrasing original ideas without citation, and self-plagiarism.

Cryptomnesia is a type of accidental amnesia that results from memory glitches. Subjects see ideas or phrases and then forget their original sources when passing off the idea as their own.

46. Consequences of Plagiarism Can Be Severe

Some possible consequences of plagiarism include reputation destruction, failing grades, suspension/expulsion, being fired, or even legal action.

Some strategies to avoid plagiarism include using multiple sources, doing more than just rewording your content, and avoiding over-quoting from other sources.

You can avoid some accidental plagiarism by learning proper citation methods.

Purdue University has created a handy flowchart that can help you know when to cite and when it’s not necessary.

To avoid accidental plagiarism, you can use an online plagiarism checker like Quetext. It provides both direct plagiarism detection and syntax similarity detection.

Plagiarism statistics speak for themselves as to how often students and professionals plagiarize. If you’re concerned about plagiarism in your own writing, it’s worth looking into more of the links within this article and running your work through a plagiarism checker like Quetext. 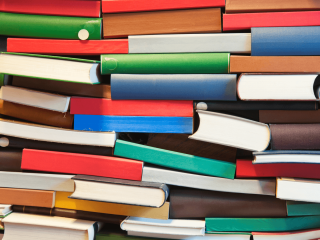 Source-Based Plagiarism: Examples and How to Avoid it Yourself 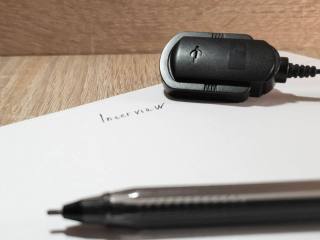 How to Cite an Interview: MLA, APA, and Chicago Style 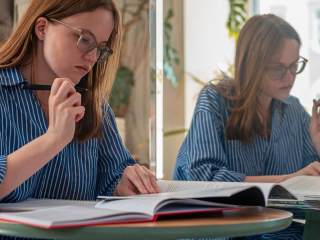 How to Cite Yourself 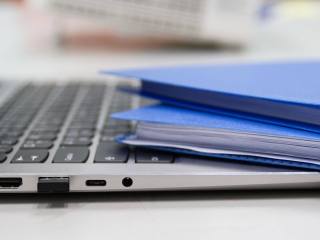 How to Cite a PDF: MLA, APA, and Chicago Style 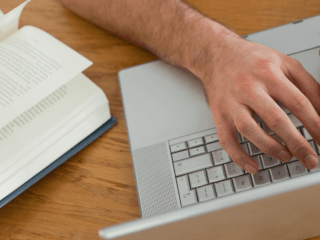 Plagiarism in College: How to Avoid Academic Dishonesty at the Highest Level 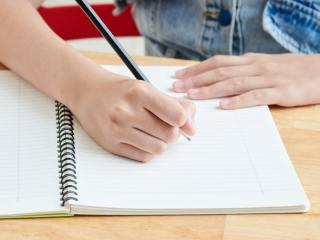 How to Write an Outline for an Essay 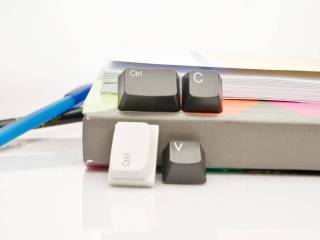 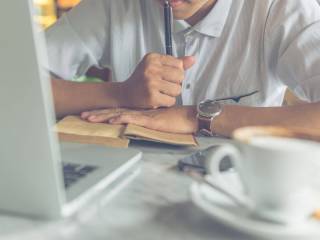 Self-Plagiarism: Does It Really Count?